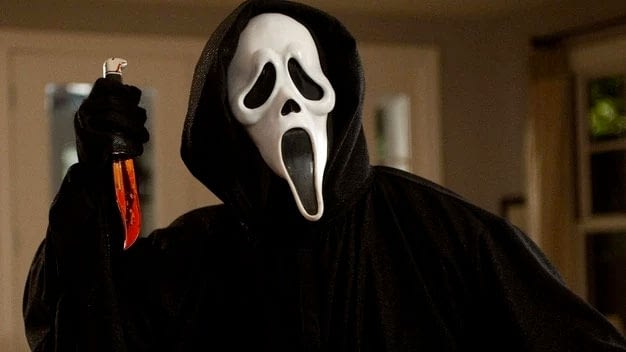 Happy Halloween! We decided to treat you and explore three of the most successful horror films ever made, and what they can teach us about creating successful corporate video campaigns.

Tip #1 Originality, Make Your Marketing Video Stand Out From Your Competitors

The trick to the success of commercials and online videos that are highly unique is that they give us a new angle on a well-known approach. They’re not so out-there that they’re not relatable, instead they’re a fresh take on what we already know. The film “Cabin In The Woods” is a great example of this. The filmmakers took the tried and tested (and perhaps a little tired) approach to a classic horror flick and flipped it on it’s head. The well-worn scenario; four young adults find themselves in a secluded cabin in the woods that just happens to be possessed by some sort of evil spirit or demon. The story is set-up exactly as we expect, lulling the viewer with a heavy dose of familiarity, but just as we pass it off as another one of those horror flicks, WHAM!  An unpredictable and original twist out of nowhere creates a completely unique movie within a highly-loved yet highly repetitive genre. This brand new approach to a classic awarded this film both the attention and kudos of the die-hard horror enthusiasts as well as a much broader demographic.

The “Scream” franchise is one of the most successful in recent history. Borrowing from the household names of horror of the 80’s and 90’s, such as the “Nightmare on Elm Street” series and “Friday the 13th”, “Scream” introduced us to a new ‘monster’ to be very afraid of (and to dress up as at Halloween!). Aside from being completely terrifying, the other shared element between these titles is they make us laugh as much as they make us scream. Many clients are wary of using humor in their corporate videos or online commercials as they want to be taken seriously, but years of research and hundreds of case studies of the most successful commercials and corporate videos prove to us time and time again that even the most serious of business’, products or services can benefit from some levity. It’s simply human nature that we are attracted to anything that we associate with positive emotions (happiness, laughter, love) and that we shy away from anything sad or aggressive…or just plain boring! The wonderful dichotomy between bloody scares and slapstick comedy in the original “Scream” movie catapulted it into one of the highest earning ever and spawned multiple sequels and a TV series.

The first couple of seconds grab a viewer’s attention, but the last couple influence what they do next. In “The Conjuring”, the most successful horror film of recent times, the ending of the film is dedicated to setting up the next franchise. Separate from the main storyline, we meet a processed and seriously creepy doll called Annabelle. She comes to life and gets free of the secured storage room in which the owners (the main characters the Warren’s; both ghostbusters of sorts) keep her and many other haunted and dangerous trinkets from their other cases. Annabelle begins taunting and terrorizing their young daughter who is left home alone and woefully exposed. However, before any damage was done, the Warren’s managed to rescue their daughter and lock Annabelle back in her case. Or is she?And so starts the next chapter in this twisted franchise. The ending to your corporate video is just as important and can be just as valuable. How can you leave you audience so curious, enticed or besotted that they can’t help but find out more?

There you have it, all treats and no tricks! We hope you’re inspired to explore an original, fun video for your business with an ending that can’t be ignored!

Until then, may your trick or treating be bountiful, and your cavities be few.Front Runner Films is a Los Angeles based, award-winning Production Company specializing in telling humorous and unique stories for business. We are experts in finding the heart of your company’s story and communicating it effectively in the form of commercials, corporate and branding videos produced to the highest quality on time and on budget. Every time. Because we love what we do. Find out more about us here: www.frontrunnerfilmsllc.com